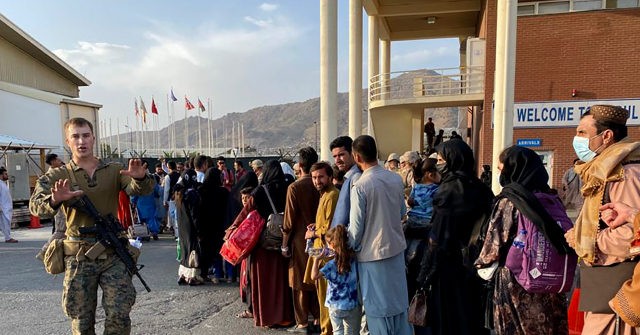 Home Secretary Priti Patel has said that the number of Afghan contractors and interpreters brought over could be double the number predicted, and may be even higher.

The Afghan Relocations and Assistance Policy (ARAP) was announced in April and according to Ms Patel more than 2,000 Afghan interpreters, translators, third-party contractors, and their families have been resettled in the UK as of June, though other reports suggest a more up-to-date figure of 3,300.

The government intends to bring in 5,000 such Afghans who assisted British forces by the end of this year, but the home secretary has suggested the number could be 10,000 or even higher.

“We are expanding categories, right now, of people and we’re working with the MoD [Ministry of Defence] on the ground to identify these individuals.”

“In a just society, Tony Blair, his government, & subsequent governments, would face prosecution for their dereliction of duty.

Labour should be apologising to the public, not asking them to bear the brunt of their catastrophes via more immigration.” https://t.co/02mIRcm3os

This figure arriving courtesy of ARAP is separate from the new refugee resettlement scheme — the Afghan Citizens’ Resettlement Scheme — announced by the British government earlier this week. The Johnson administration said it would prioritise women, children and religious and other minorities.

That number could also creep up, however, with Patel saying on Wednesday that “we could end up bringing many more” under the Afghan Citizens’ Resettlement Scheme. Both programmes could mean at least 30,000 extra migrants entering the country in the next few years.

The figure is not enough, apparently, according to left-wing parties in the British parliament.

Liberal Democrat Foreign Affairs Spokesman Layla Moran MP demanded this week that “20,000 should be the starting point of this scheme, not the target”.

While the Westminster leader of the leftist-separatist Scottish National Party (SNP), Ian Blackford, said the UK should bring in at least 35,000 to 40,000 as part of the citizens’ resettlement programme.