Former Nevada Attorney General Adam Laxalt (R) has launched a Senate bid in Nevada, releasing an ad on Tuesday blasting the radical left, rich elites, woke corporations, Hollywood, academia, and the media and pitching the fundamental battle for America as one of good versus evil: “We’re David they’re Goliath. We’re the Rebels. They’re the Empire.”

“My kids can’t get enough of Star Wars. We’ve watched all nine movies twice and counting. They love it because it’s a story about right and wrong, good versus evil,” Laxalt begins in the ad titled, “The Good Guys.”

In the ad, Laxalt, a Trump ally, presents the current battle for the heart of America as something transcending politics. It, he suggests, is a fight of good versus evil. 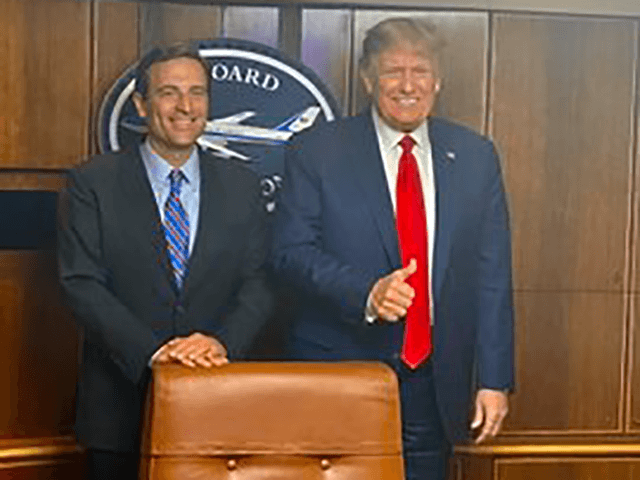 Former President Donald Trump and Adam Laxalt pose for a picture aboard Air Force One. (Facebook/AdamLaxalt)

“In our house and at our church we talk a lot about what’s right and what’s wrong, and right now it seems like the wrong side is winning,” he said.

I’m running because I’m not afraid to take on the hard battles – it’s what I’ve spent my career doing. I’m asking you to visit our website and JOIN ME TODAY >>> https://t.co/UOK5P1GTQj pic.twitter.com/4ejk3Gx46x

“They demand control ruthlessly enforcing conformity, canceling any who stand in their way. But the truth is, we must stand in their way because it’s not just about us,” he said, adding, “We owe it to our kids and generations to come.”

I’m ready to fight for what is right. That’s what Americans do. The legacy we have — a duty to protect. After 9/11, I volunteered to serve in the Navy. I served in Iraq during the surge Together, with other men and women of all races and backgrounds, we were all Americans doing our part defending this great nation from those determined to destroy. As your attorney general, I fought for our Constitution and the American way of life. I stood up for victims of rape and human trafficking, victims of guardianship abuse and the opioid crisis. But the battle to keep our country free doesn’t end. If anything, the stakes are higher now than they’ve ever been in our lifetime. That’s why I’m running for Senate.

“This won’t be an easy battle. We’re David they’re Goliath. We’re the Rebels. They’re the Empire, but we are America,” he said. “We are the good guys and for all our kids, we’re not gonna let the bad guys win.” 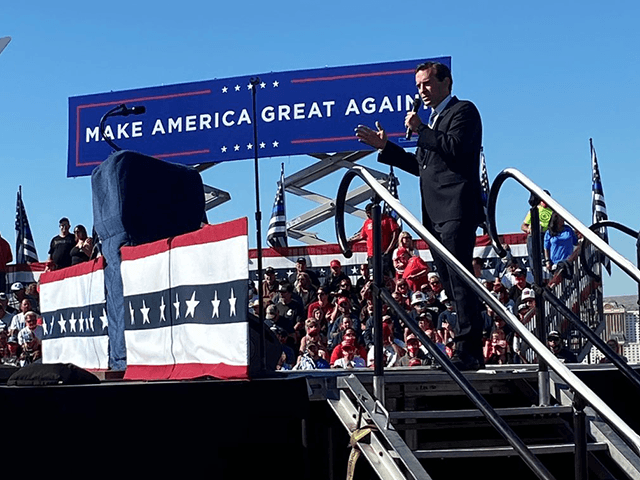