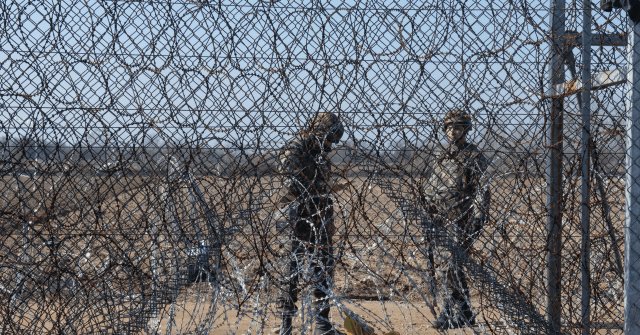 The Greek government has begun fortifying its northern land border with Turkey and the Greek coast guard is expected to be on alert to deploy into the eastern Aegean ahead of a possible surge of migrants from Afghanistan.

The issue of fortifying the Greek border was a topic of discussion at a meeting of the Government Council for Foreign Affairs and Defence (KYSEA) this week, and Greece is expected to use similar measures as those seen last year when Turkish president Recep Tayyip Erdogan opened the gates of Europe to migrants — until the onset of the Wuhan virus changed things.

According to a report from the newspaper I Kathimerini, a 16.7 mile stretch of fencing in the northern Evros region has already been completed, and it has been equipped with an automated system to watch for illegal crossings.

The system, according to the newspaper, is able to see at least nine miles into Turkish territory to spot migrants making moves to enter Greece, utilising both cameras and radar technology.

Police patrols along the border have also been increased.

In the eastern Aegean Sea, where the vast majority of migrants crossed during the 2015 migrant crisis, the Greek coast guard is expected to deploy more personnel to defend the border by sea.

“All forces are on alert at the borders, we will not allow a reliving of the scenes of 2015,” government spokesman Ioannis Oikonomou vowed on Thursday.

The comments come just days after Migration Minister Notis Mitarakis said that his country would not again become a gateway for migrants trying to reach Western Europe as had been the case in 2015.

“We cannot have millions of people leaving Afghanistan and coming to the European Union… and certainly not through Greece,” he said.

Over a period of just months from June 2015 to April 2016, over a million migrants crossed into Greece to get to Western Europe, the vast majority arriving on the islands in the eastern Aegean such as Lesbos.

German Federal Intelligence Service (BND) findings indicate that the Turkish government purposely incited riots at the Greek border by planting members of its security services among crowds of migrants. https://t.co/Nu6CzyZU0Z