A majority of voters say His Fraudulency Joe Biden lacks the physical mental capacity to be president and that others are making key White House decisions for him.

While the bottom hasn’t yet fallen out of Joe Biden’s polling numbers, his approval has taken a serious tumble over the last six days of his ongoing catastrophe in Afghanistan. And nothing on the horizon looks like it could turn things around.

Thanks to Biden’s heartless incompetence, thousands of Americans remain trapped behind enemy lines in Afghanistan, as do tens of thousands of our Afghan allies. Moreover, the situation is, if anything, rapidly deteriorating as the jihadist Taliban terrorists tighten their grip on a country they now control and seize tens of billions of dollars in operational war equipment that Biden left behind.

And now America is discovering that Biden had months and months to plan and ensure neither Americans nor our allies nor our war equipment were abandoned to the same monsters who aided and abetted the 9/11 terrorists. And he’s not only blowing it; he’s blowing it while hiding out on vacation.

Afghan citizens pack inside a U.S. Air Force C-17 Globemaster III, as they are transported from Hamid Karzai International Airport in Afghanistan, Sunday, Aug. 15, 2021. The Taliban on Sunday swept into Kabul, the Afghan capital, after capturing most of Afghanistan. (Capt. Chris Herbert/U.S. Air Force via AP)

Biden has two major problems now. The first is that the country now knows he’s incompetent, and not just with foreign policy. There’s also the economic, China Flu energy, and the southern border crises. The second problem is that as these crises mount, he is increasingly in hiding, confused, or generating bizarre outbursts. In other words, his deteriorating mental condition can no longer be hidden or ignored. And now the polls are starting to reflect that. 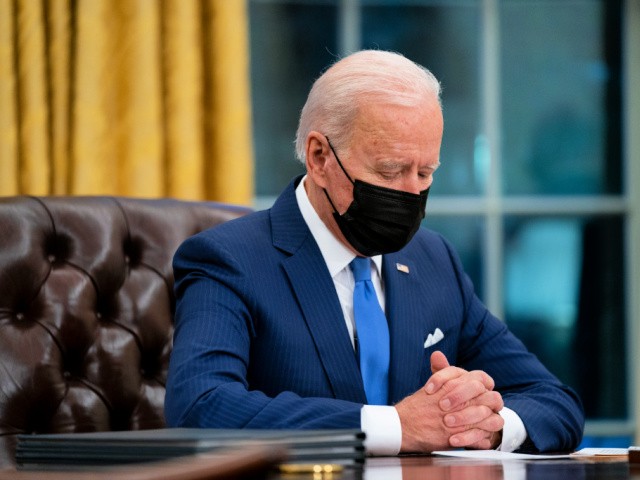 President Joe Biden looks down as he talks about the FBI agents killed in Sunrise, Fla., during an event on immigration in the Oval Office of the White House, Tuesday, Feb. 2, 2021, in Washington. (AP Photo/Evan Vucci)

Rasmussen Reports asked 1,000 likely voters. “How confident are you that Joe Biden is physically and mentally up to the job of being President of the United States?”

So Joe Biden is increasingly seen as a president not up to the job and a president who is not really making the decisions he was elected to make.

What’s more, if things ever do improve, they are going to get much worse first.

In worse news, people also have no confidence in Her Vice Fraudulency Kamala Harris, who is on deck to step in if Biden does the noble thing and resigns. 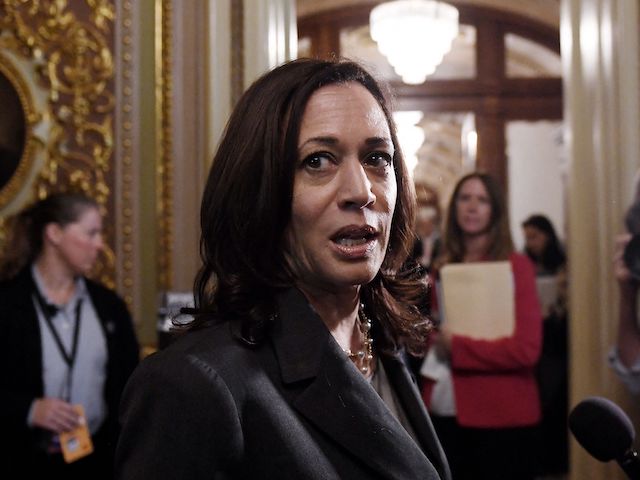 US Vice President Kamala Harris speaks to reporters after the US Senate voted on the election bill known as the For the People Act, at the US Capitol in Washington, DC, on June 22, 2021. (Photo by Olivier DOULIERY / AFP) (Photo by OLIVIER DOULIERY/AFP via Getty Images)