More chaos unfolds in Afghanistan, and more reports now show Taliban terrorists are seizing U.S. passports from Afghan Americans trying to get in the gates of the Hamid Karzai International Airport in Kabul to flee the country.

The Taliban terrorists around the airport are attempting to take U.S. passports and even identification orders as a deterrent to try to hinder the Afghan Americans from fleeing the country, the New York Post reported: 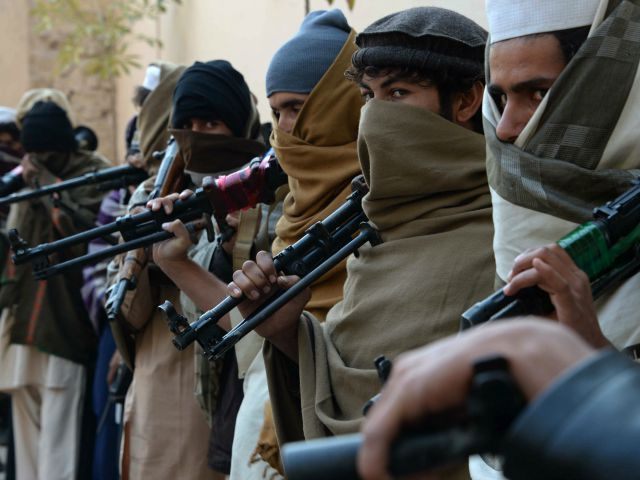 Afghan former Taliban fighters are photographed holding weapons before they hand them over as part of a government peace and reconciliation process at a ceremony in Jalalabad on February 8, 2015. Over twenty former Taliban fighters from Achin district of Nangarhar province handed over weapons as part of a peace reconciliation program (AFP PHOTO / Noorullah Shirzada).

An Afghan American who reportedly has a home in the U.S. but has served within Afghanistan as an interpreter told the Post, “I got to the gates and was about to show my passport, but the Taliban got it, and he said you are not allowed to go through and wouldn’t give it back.” He added that he “was lucky a U.S. marine was right there and forced him to give it back.”

A former Navy SEAL, Ephraim Mattos, who is now the founder of Stronghold Rescue and Relief, a humanitarian organization, told the Post the Taliban terrorists are taking precious documents such as U.S. passports and driver’s licenses from American citizens. “They lose proof of who they are, and this has happened on multiple occasions in multiple places.”

Mattos and his company reportedly working around the clock to evacuate Afghan interpreters and allies.

Reports show that some others trying to get to the airport have not been as fortunate, and the Taliban seized documents, as there was no U.S. Marine nearby: 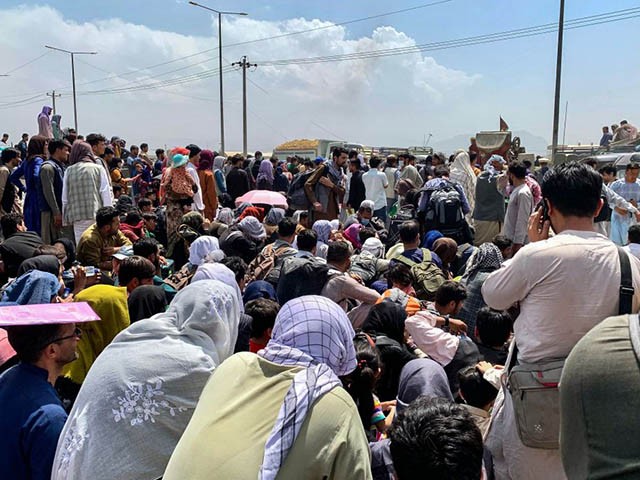 Afghan people gather along a road as they wait to board a U S military aircraft to leave the country, at a military airport in Kabul on August 20, 2021 days after Taliban’s military takeover of Afghanistan Photo by WAKIL KOHSAR/AFP via Getty Images).

Rep. Andy Kim (D-NJ) uncovered this week that the U.S. embassy “destroyed” passports of many Afghan allies who submitted documents when applying for Special Immigrant Visas (SIVs), which are reserved for Afghans and their families who face a threat from the Taliban.

On Friday, when asked during his press conference about Americans trying to get to the airport, President Joe Biden said the Taliban is letting people through the gates: “To the best of our knowledge – Taliban checkpoints – they are letting through people showing American passports. Now, it’s a different question when they get in the rush and crowd of all the folks just outside the wall near the airport”:

However, shortly after Secretary of Defense Lloyd Austin contradicted Biden’s claim in a call with lawmakers, Politico reported, “Defense Secretary Lloyd Austin in a briefing call with House lawmakers just now said Americans have been beaten by the Taliban in Kabul, according to multiple people on the call. Austin called it “unacceptable.”

The Post also reported that a business owner with ties to the U.S. now has to hide outside of Afghanistan. He said that the “Taliban are searching home by home in Herat and asking about me. … Then others came to the Kabul office and asked about the company and our clients and warned they would search for information.”

Mattos added that the American allies deserve all the help and support from the U.S., acknowledging that “what is happening is significantly worse than Saigon.”